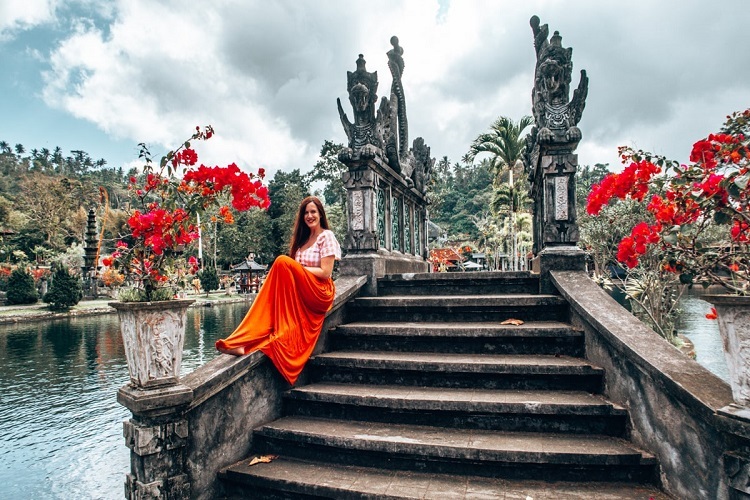 When you’re as famous – and as wealthy – as the current Queen of England, it’s natural to want to take a break from it all every now and then. In the course of travelling all over the world performing her Royal duties, Queen Elizabeth II has picked a number of favourite locations which she visits time and time again.Unsurprisingly, many of these are naturally in the UK given that her duties mean she can seldom travel too far from home. As a result, this means it’s very easy for you to plan a similar trip of your own, so here are five of Queen Elizabeth II’s favourite places that you would be able to visit on your next holiday.

The Queen usually visits her private estate – located in the beautiful Aberdeenshire countryside – at least once a year. The 50,000 acre estate has been a regular feature in Royal holiday plans since the 19th century, beginning with Queen Victoria.

You’re unlikely to have access to such a vast property yourself, but Balmoral’s grounds and garden are open to the public for a limited period each year, so you can enjoy exactly the same environment of which the Queen has grown so fond. Combined with a holiday cottage and the available public rambling spots, you should be able to experience the sense of serenity that keeps Queen Elizabeth II coming back to Balmoral.

Another popular residence, Windsor doesn’t have as much space as Balmoral, but its prestigious and historical architecture is breathtaking nonetheless. Close to London, this is where the Queen enjoys taking private walks in the castle’s grounds. Much of the Queen’s childhood was spent here, and if any official residence is to be considered Queen Elizabeth II’s true ‘home’, the charm and comfort of Windsor likely beats the spotlight of Buckingham Palace.

Like Balmoral, much of the grounds and the state rooms are open to the public, so you can experience it for yourself, while the surrounding town is charming in it’s own right. It’s easy to imagine the Queen enjoying the views from her private rooms, as many of her predecessors over the last few centuries will also have done.

Another popular countryside retreat, Sandringham lies over 100 miles outside of London. Here, the Queen often trades the smaller quarters of Windsor for a sprawling 8,000 acres estate. It’s not as large as Balmoral, but it’s closer to Parliament and boasts an impressive manor in its own right.

Sandringham Estate was built in 1870 and has always belonged to the Royal family, who use it for various country retreats and family gatherings. If you’d like to see the Queen’s winter getaway for yourself, the ground floor and its many antiques are open for public viewing, and you can enjoy the peacefulness of the grounds as well.

What can Queen Elizabeth II do when she desires a beach holiday, but still requires a sense of privacy and discretion? Like many Royals before her, the Queen can take a yacht to Scotland’s Western Isles where, far from prying eyes, the Royals have been free to take in the sea air undisturbed.

There are a number of islands here including the Isle of Harris, but arguably the best to visit is the Isle of Skye. From small coastal villages to the beautiful coastline itself, Syke offers everything the Queen herself enjoyed: a sense of privacy, closeness to nature and the sensation of soft sand beneath your feet.

The Queen is very well-travelled and has many more retreats and favourite places to visit, both in the UK and abroad, while the other members of the English Royal family all have their favourite spots as well. To find out more, watch the documentaries on Trueroyalty.tv.

5 Reasons to fall in Love with the Cook Islands

Adam Emeka - January 24, 2023 0
Going on vacation is a great opportunity to relax, explore, and discover the culture of a beautiful new place. Every traveler has a different...

Adam Emeka - January 11, 2023 0
Nowadays, remote camping is getting attention worldwide. People have chance to work from home and they don’t want to ruin it. Travel and adventure...

Can I Rent a Car If My Driving License has expired

Adam Emeka - December 25, 2022 0
Renting a car for personal purposes has been in trend for years now. Fulfilling our traveling and occasional purposes through vehicle renting has made...

Adam Emeka - December 10, 2022 0
Video content has exploded in every field of marketing and professionalism due to the ever-increasing consumption rates. Over 94% of consumers have increased their...

Moving to London? Here Are a Few Business Ideas

Adam Emeka - November 29, 2022 0
If you are planning on moving to London soon, one of the first problems you will face is how to earn a living in...

Pros & Cons of Buying a Beachfront Condo for Sale in...