Home Travel Things To Do During Winter In Edinburgh 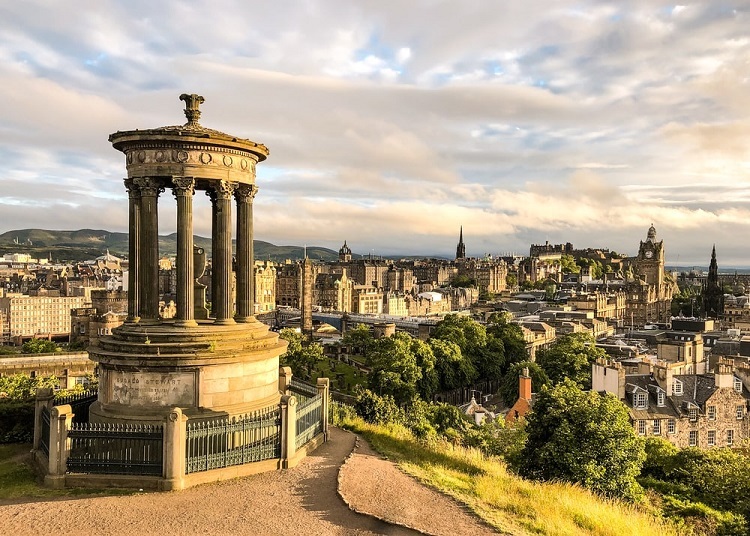 You may think visiting Edinburgh in summer is the best time to go, but this city offers a lot during the winter months too. From crisp walks through parks to indoor activities, grab your car hire from Edinburgh Airport and read on to find the perfect day out for you and your family.

This classic street filled with cascading cobbles and beautiful buildings, gives a constant reminder of days past. Not only does it have historic appeal, but it also offers an array of independent stores to accompany it.

For fans of Harry Potter, you will soon fall in love with Edinburgh’s Victoria Street, as this gives a real feel for what Diagon Alley was based off of. This comes to no surprise thanks to its higgledy-piggledy array of vibrant buildings, cobbles and general eccentricity. Not only this, but J.K Rowling herself stayed in the capital while crafting the esteemed book series – so it’s no surprise this has been famed as a Potter pilgrimage site. There is even a Diagon House shop selling official merchandise!

Even if you aren’t a fan of the series, this street of shops is sure to capture your attention architecturally and visually, as the strongly coloured buildings transport you to what feels like another world.

The Meadows is a large public park is to the south of the city centre, and mainly consists of open grassland and tree lined paths. It also contains a children’s playground, tennis courts and sports pitches and a croquet club. Originally, this park contained a lock known as the ‘Burgh Loch’ (known later as the ‘South Loch’) which drained from the east to west. This provided the town’s drinking water until Edinburgh’s first water pump supply arrived from Comiston in 1621.

Make use of nearby cafés and eateries and take it to go in the Meadow, where you can enjoy the sights and sounds of winter wildlife. This is also a great idea for children to let off some steam and run around through the paths and make use of the park.

Another great place to go for a winter stroll is the Royal Botanical Garden. Established in 1670, this beautiful garden is regarded as one of the best in the world and features a range of exotic plants, an art gallery, rock garden, park and even the tallest Palm House in Britain. A winter visit to the park offers the opportunity for exotic plants to bloom that you might not see in summer and also for snow to make an appearance, giving the park an added sense of wonder.

Make a Visit to the Camera Obscura & World of Illusions

What started with a woman claiming to be Thomas Short’s daughter taking over ownership of the Great Telescope, this now renowned place of wonders now offers 5 floors of illusions and delights for the whole family to enjoy (you can even bring your dog with you!) from a mirror maze and vortex tunnel to floor 2 to a giant plasma ball which lights up the room on floor 5.

This family fun adventure can also offer a lifetime of memories, with the visual illusions on floor 4 offering a wealth of photo opportunities for you to enjoy for years to come, such as a room to make you look as tall as can be, to making it look as if your head is being served for dinner on a table.

The famed Camera Obscura is powered simply by daylight, and is part periscope part pinhole camera. A metal tube coming in from the ceiling passes through the roof of the tower and is covered by a protective hood with a small window in one side to let the daylight in. The daylight then travels through this tiny window and down into a precisely positioned mirror and a set of three lenses to show a stunning view of Edinburgh down onto the table. This is different to a traditional pinhole camera, that would flip the image upside down, as it flips the image upside down and back again to create an exact replica of what is outside.

We hope you’ve found some interesting things to do during your time in Edinburgh, even in winter months! These are just a few of many ideas to entertain yourselves while visiting the city.

What Adventure Travel Professionals Need to Know About Creating and Distributing...